České Budejovice, the centre of South Bohemia, is a beautiful town, set on the confluence of the Vltava and Malse rivers. Around its historical core, there are several remains of the original stone city walls with a well-preserved gothic tower. There are a lot of sights in the town, of which we could recommend especially the Cathedral of Saint Nicolas, magnifique square, and the Monastery of Sacrification of Virgin Mary, where the gothic frescos were found recently. 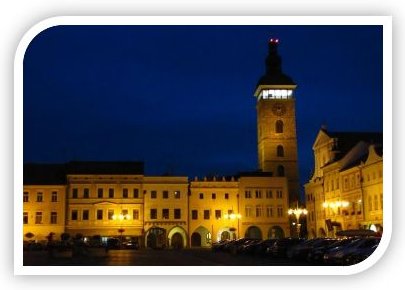 From the top of 72 meters high Black Tower, you can see the surrouding of České Budejovice, and a romantic, new-gothic style chateau in Hluboka nad Vltavou, that is really worth visiting. The chateau of Hluboka is in favour of people mostly because of its architectonic style (Windsor Castle was the pattern for building Hluboka), wonderful park and gardens, and various rich collections. Part of the castle, the Aleš Gallery is famous for its collections of gothic art masterpieces. 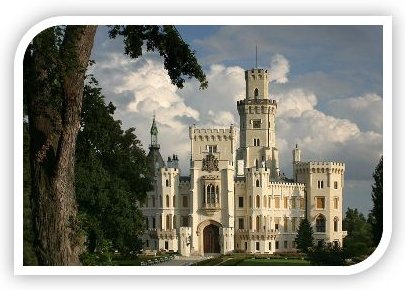 Anglicky The State Chateau of Hluboká nad Vltavou is one of the most frequently visited chateaus in the Czech Republic and belongs to the most valuable Czech architectural gems. The chateau was originally founded as a guard castle halfway through the 13th century by Czech Kings. It was transformed into a Renaissance chateau in the second half of the 16th century. Part of the sightseeing tours around the chateau is, among other things, representation halls, private apartments of the particular family members of the House of Schwarzenberg, the chateau kitchen, the lookout tower, and, of course, the beautiful adjoining gardens 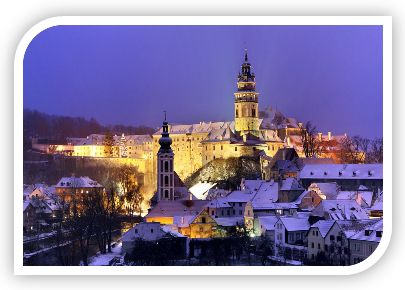 The Pearl of South Bohemia – this is how the town of Česky Krumlov is often called. Its historical core was listed into the international natural and cultural heritage of Unesco in 1992. The town‘s main points are the chateau with a unigue barogue revolving stage in one its gardens, and the church of Saint Guy. A rare ceramic model of the town, together with other interesting exhibits, can be seen in the museum of the region. Celebration of Five-leaved Rose is taking place in Cesky Krumlov every June and it will certainly catch the attention of modern-art lovers. Popular are also the concerts and music festival that are held in front of the revolving stage. 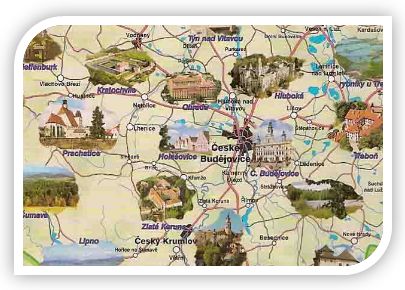 South Bohemia is a landscape of endless lakes, ponds, pine forests, and vast peat bogs, enlivened by the silhouettes of towns and village churches that gently blend in with the humble white-washed farm estates. Such is the picture of a typical South Bohemian landscape around České Budějovice, Třeboň, or Veselí nad Lužnicí. South Bohemia is also the land of the imposing mountainous landscape of the ancient Šumava and Novohradský (Nové Hrady) Mountain ranges and Blanský Forest. There is also endless beauty to be found in the land southeast of Jindřichův Hradec – the nearly untouched nature, abundant outcroppings of granite, high knobs, and large ponds rightly give this area the title „Czech Canada“.